Have you ever thought why the tenon saw is also called a back saw? Do you even know what is a tenon saw used for?

There are a lot of saws and backsaws. A brass liner which covers the back of the blade makes a backsaw different from a usual one. This feature helps the metal stay away from bowing and also makes the back portion of the saw heavy.

A Tenon saw has such characteristics. And that’s the reason that we know a Tenon saw as a backsaw. Before using a saw for the first time, you should always know about every single detail about it. Before starting to use a saw, you should get an idea about everything. We can help you in this regard here. Let’s begin.

What Is A Tenon Saw?

Basically, a tenon saw is one kind of backsaw primarily used for cutting furniture joinery pieces with accuracy. It has a classic Henry Disston model-based design. You can make deep straight cuts even faster with a tenon saw, and you don’t also need to bend it.

This saw can keep its blade stable when it’s cutting using its hard edges. No matter whether the wood is hard or soft, you can use the tenon saw for making smooth cuts on both of them. 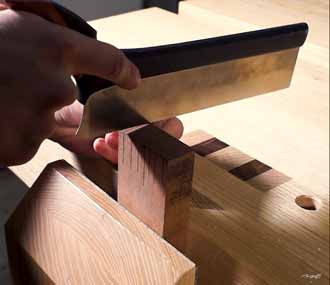 What are the Main Parts of a Tenon Saw?

A Tenon saw mainly has two basic parts; a blade, and a handle. The length of its blade ranges from 250mm to 350mm. Most of the tenon saws have a non-removable blade. You can't remove blades from the handle in such saws.

Typically, its blade contains 10 to 14 teeth per inch. They have comparatively more teeth density, and that’s the main reason behind their smoother finishing.

The handle of a Tenon saw has a unique name; a pistol grip handle. This grip is closed, and this makes the user feel comfortable and protected while cutting.

Tenon Saw Uses: Where You can Use a Tenon Saw

You’ve already known what a tenon saw is and what its parts are. Now let’s go through some more details about its performance in different uses. 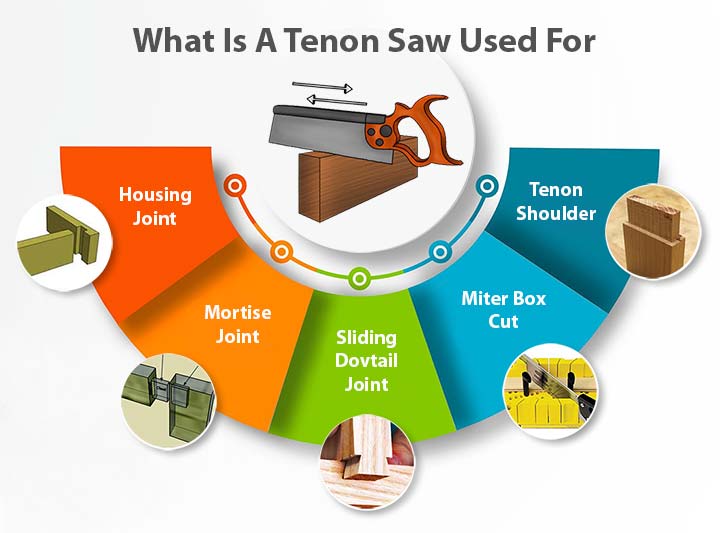 While cutting wood if you need to cut across its grain, it's time to use a tenon saw. Tenon saw has a unique design for such cuts.

Its blade contains rip-filed teeth which make the saw cut parallel to the grain. Its blade is just amazingly ideal for precise straight cuts.

Such joints are extraordinarily complicated and essential for making different furniture. And just a tenon saw makes them easy to cut.

There are more furniture or housing joints, including the sliding dovetails, tenon shoulders, mitre box cuts, and so on. If you want, can use preferable table saw to make joining cuts but tenon saw works good in my view.

The amusing part is all of these complicated joints are really very easy to cut with this saw. You can cut the desired piece into grooves or in different shapes like squares or circular, and more.

Different Cuts with Tenon Saw: How to Use One?

Let’s see how to go for the cross, and longitudinal cuts with a tenon saw. Pay more attention while cutting for the first time to avoid any accidents. 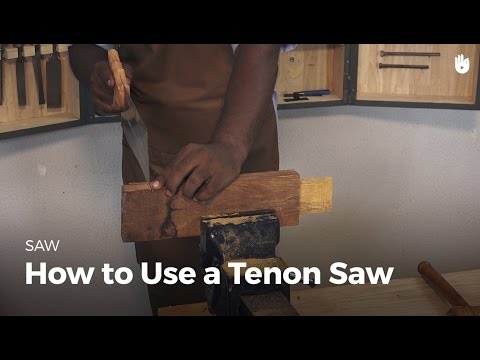 To get a better and perfect cut, the best idea is to draw lines the shape you want to cut. You can use a pencil or a square to draw it. For better saw alignment the drawing line should be perpendicular on the wood end. The wood should have upright support in a vice.

To start cutting the wood set your saw at the end of the wood just over the drawn line. Score the wood with a single forward cut.

While cutting the first moves are the most crucial part. You have to keep balance and maintain the saw so that it can cut straightly along the drawn line. Your saw won’t move straight if you even slightly angle it.

If somehow you managed to sink the saw into the wood about ½ inch, it’s going to be straight because of the kerf.

Well, hopefully now you know about a tenon saw, where and how to use it. Like other power tools, you should also take care of tenon saw safety issues. Don’t make a mistake just because of being busy. Such tools are dangerous. So, be careful.

As a carpenter, I have been working for a long day with a different type of saw. What experience I have gathered, I intend to share that expertness to all. I will try to offer several shorts of saw's reviews and important tricks. Thanks for coming here....